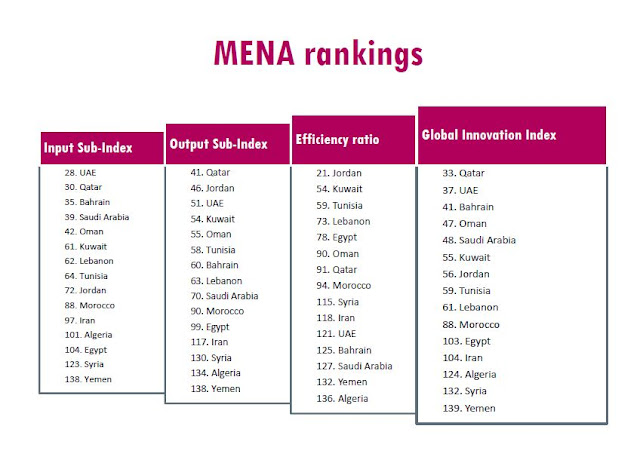 Innovation-based growth is crucial to all Middle Eastern countries facing the challenges of economic diversification, changing demographics, engagement of youth and globalization.
at 12:00 PM 2 comments 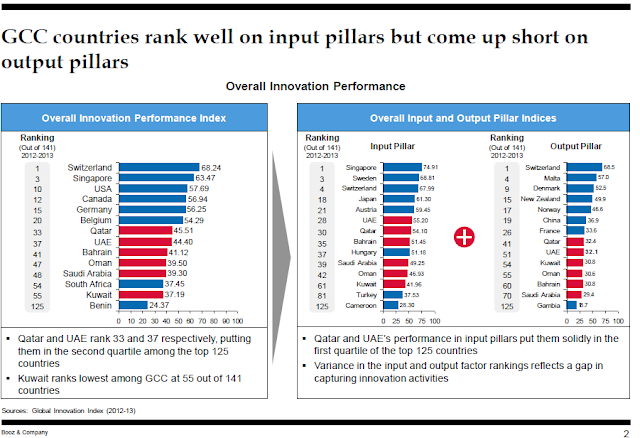 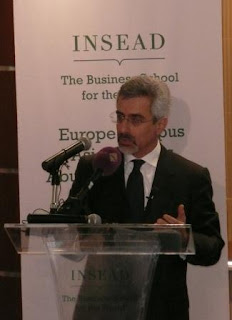 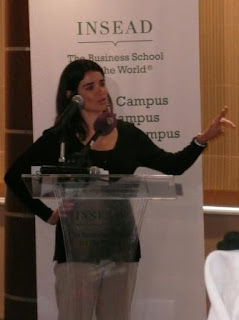 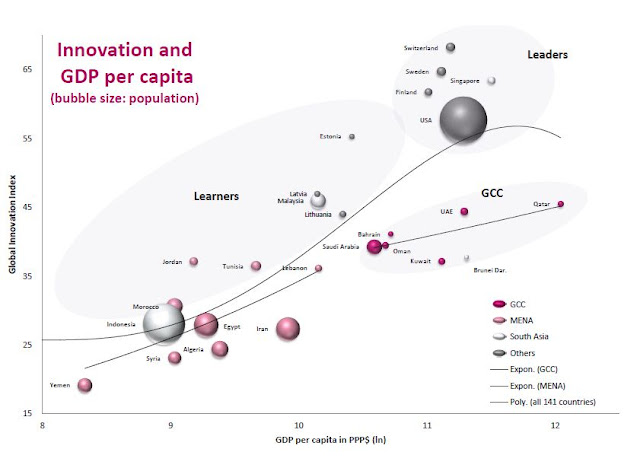 DISCUSSION ON GII 2012: THE TAKE-AWAYS

Here's what the panelists today had to say about innovation...


Sibusiso Sibisi, National Advisory Council on Innovation, South Africa, would like to see the sub-title of the GII report expanded to read "Innovation linkages for global growth and global public good."

Mohammed Al-Suwaiyel, KAST Saudi Arabia believes that innovation is essential for developed and developing worlds to achieve their potential, but the tools are different:

Jeong Kim, Bell Labs/Alcatel-Lucent says that quality matters in terms of people. Research is global and development can be global. You have to collaborate with the best minds around the world but in order to get the global benefit you have to tailor the results to local regions and needs.

WIPO DG Francis Gurry - Innovation is too important as an economic and social phenomenon to be overly-politicized.

THE VIEW FROM SINGAPORE: Local official comments on commitment to innovation

One reason for Singapore’s continued success in the Global Innovation Index is the government’s vision and backing for the development of infocomm that goes back 30 years when “the Singapore government took the challenge to systematically transform the country by leveraging infocomm technology,” Andrew Khaw, senior director of industry development of Infocomm Development Authority (IDA) of Singapore, said at the GII 2012 launch event held July 3 at INSEAD’s Asia campus in Singapore. “Today, infocomm is recognised as a key enabler in Singapore’s national, economic and social development. Singapore’s posture to constantly prepare for the future makes us open to exploring and embracing new innovative ideas.”

IDA works to stimulate sophisticated demand in the government, business and people sectors as well as sustain investment in manpower and infrastructure, Khaw said.


Co-innovation in the Singapore ICT industry

In recent months, IDA has facilitated co-innovation platforms with Global Lead Users driven in part by the need of global corporations to better leverage ICT for competitiveness and differentiation. Citibank, for example, has worked with IDA to set up a Citi Global Transaction Services (GTS) Centre of Innovation to develop innovative decision support services with local business analytics and user ICT companies.

According to Khaw, Citibank worked to provide Singapore ICT companies with opportunities to share their capabilities and to support them for prototyping, and productisation provides the opportunity for these technologies to be eventually deployed for its business globally. “We believe Singapore, being home to 7,000 MNC regional headquarters, plays an important role to encourage co-innovation.
at 1:12 PM 0 comments

Email ThisBlogThis!Share to TwitterShare to FacebookShare to Pinterest
Labels: Singapore

FUTURE OF INNOVATION DEPENDS ON TRANSFORMING IDEAS INTO ACTIONS

"New linkages between stakeholders are what turn ideas into successful outputs.," he said. "You cannot measure innovation simply on a quantitative basis such as number of patents issued. You have to take into account qualitative things such as strategy and other ways of nurturing innovation."

Booz & Company are a knowledge partner of the GII 2012, along with the Confederation of Indian Industry and Alcatel-Lucent.
at 12:23 PM 0 comments 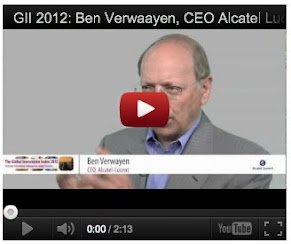 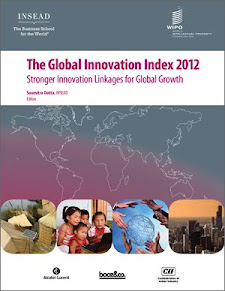